The three cornerstones of a sustainable city 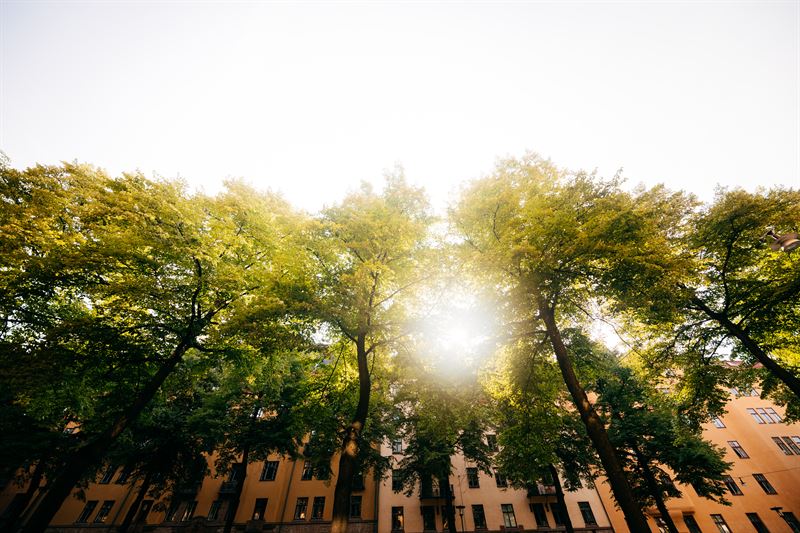 When specialists in sustainable urban environments discuss the future of their field, the cornerstones of success that are highlighted almost without exception are sufficient urban density, smooth transport connections and effective cooperation between various parties.

The agendas of today’s cities can include a wide range of items, but there are a few themes that cut across all of them. You would be hard-pressed to find a city that is not, for example, trying to reduce its environmental impact, increase its appeal and keep its residents and businesses happy.

The topics discussed at YIT’s Sustainable Urban Environments event held on November 12 included the diverse role of cities in mitigating climate change and promoting sustainable development. Specialists in urban development are not the only ones who are interested in this subject — a recent survey commissioned by YIT showed that 68% of Finns living in cities are at least quite concerned about climate change.*

“As a leading urban development company, we want to engage our stakeholders in an ongoing discussion about the future of cities and offer them the opportunity to hear the thoughts of top Finnish and international specialists in urban development,” says YIT’s Juha Kostiainen about the Sustainable Urban Environments event, which was held for the seventh time this year.

The significance of a dense urban structure and effective public transport connections was emphasised early on in the event when Professor of Transport and Urban Planning Jeff Kenworthy took the stage as the event’s first speaker. He highlighted Marchetti’s constant, according to which functional cities have always been the size where the average daily commuting time is one hour.

“One hour can be considered a reasonable amount of time spent commuting each day. Rail transport, in particular, makes cities faster to get around, and advances in public transport have meant that the one-hour commute now covers a larger area in terms of kilometres,” Kenworthy explained.

According to Kenworthy, the operating conditions for a city’s public transport system are sufficient when the population density exceeds 35 people per hectare. Below that level, the dependence on passenger cars increases dramatically. The population density of the Helsinki region is currently 33.2 people per hectare, compared to 54.1 in Berlin, 71.2 in Vienna and 76.2 in Madrid, for example. Many cities in the United States, on the other hand, are highly dispersed and reliant on passenger car traffic. The population density figures for Atlanta and Houston, for example, are 8.1 and 9.6 respectively.

“Effective rail transport promotes the densification of cities, and a dense urban structure is less expensive to maintain than a dispersed one. Building several dense centres in cities —  with housing, life, jobs and strong public rail transport connections — has a positive impact on the environment, public health and quality of life,” Kenworthy added.

The next speaker at the event, Professor Seppo Junnila from Aalto University, did not draw as direct a correlation between increasing density and lower environmental emissions. In his research on Finnish urban living, Junnila has found that the significance of density decreases when the focus shifts to the carbon footprint instead of the CO2 emissions arising from housing. Junnila said the overall carbon footprint in Finland is roughly the same regardless of whether the person lives in the city centre or on the outskirts of the city. This suggests that much more climate action is necessary in cities besides simply increasing the density of the urban structure.

“A large proportion of the environmental investments related to the construction industry has thus far been focused on zero-emission or low-emission energy. We need to place more attention on environmentally friendly solutions during the construction phase, as construction accounts for a substantial share of the life-cycle emissions of a building. Genuine alternatives need to be brought to the fore, and the responsibility for this lies with construction companies, property investors and cities,” Junnila explained.

The circular economy can halve emissions

However, Tynkkynen also noted that more research is needed when it comes to the practical impact of services based on the circular economy approach. Some of the collaborative consumption solutions used in the sharing economy may even have a detrimental impact on the environment. Will car sharing services, for example, lead to people not owning a car anymore, or will they primarily activate those who otherwise would not use a car at all?

Cities to produce more food and economies of agglomeration

Researcher Seona Candy from the University of Helsinki discussed how urban populations will be fed in a world with a changing climate. She emphasised that the global food system in its current state will not have the capacity to meet future challenges. Meat consumption needs to be reduced and nutrient recycling must be enhanced. Food supply chains should also be diversified.

“Traditionally, cities have been designed and built under the principle that everything will be brought in from the outside. This system should be changed so that cities will no longer merely consume resources, but also produce something back into the system. More urban farming is needed, among other things. Having food come from many different sources also improves risk management with regard to unexpected circumstances. In Helsinki, for example, I would start by determining what uses the land surrounding urban centres could have and what could be grown there,” Candy explained.

While cities have a lot of room for improvement when it comes to sustainable food production, they have always been ahead of more sparsely populated areas when it comes to generating economic well-being. According to Research Director Niku Määttänen from the Research Institute of the Finnish Economy Etla, urbanisation has historically gone hand in hand with the growth of productivity.

“Productivity is a measure of the added value created by one worker in one hour. From the perspective of productivity, cities have a number of advantages. They are large job markets where companies are located close to each other, their customers and the resources they need. In cities, companies have a better opportunity to specialise and grow through relying on their strengths. These are examples of the economies of agglomeration that are characteristic of cities,” Määttänen pointed out.

However, the increased productivity, higher standard of living and more diverse range of services comes with a price in the form of higher living expenses in most cases. This means that the economies of agglomeration mostly end up in the pockets of landowners. According to Määttänen, it is important for cities to price land according to its true value.

“The economies of agglomeration may not be realised if valuable land is used for secondary purposes, such as roads or parking. In my opinion, parking spaces should be priced on market terms and congestion charges should be introduced in city centres. As for the issue of social housing, it is more responsible to manage them by means of housing allowance and other transfers of income than to give people cheap apartments on expensive land. The right approach is to enable the realisation of economies of agglomeration, tax those benefits and then decide what kind of income distribution policy to implement,” Määttänen suggested.

An attractive city is created through cooperation

In addition to environmental responsibility, sustainable urban development also includes maintaining the social and economic vitality of cities. Regional Mayor Matti Viialainen from the Regional Council of South Karelia shed light on the harsh reality of the urban centres of Eastern Finland.

“The population trends in Eastern Finland are quite dramatic in many places. The forecasts suggest that the region’s population will decrease by 126,000 during the period from 2018 to 2040, and this growth in migration specifically involves the most robust and vital segment of the population. Fortunately, there are also success stories in the region. Kuopio has a positive net migration and Joensuu is rated as Finland’s sixth-strongest urban region in terms of its vitality,” Viialainen noted.

“Finland has a disorganised and overlapping regional government structure that is not productive enough. We need a more effective and comprehensive approach based on broad cooperation. Joensuu’s vitality is an encouraging example of this. When you bring the visionaries and builders around the same table, it becomes easier to design a dense and attractive city that is built on its existing strengths.”

*Sustainable Urban Environments barometer 2019
The Sustainable Urban Environments barometer was carried out for the second time this year. The survey is targeted at the residents of eight cities: Helsinki, Espoo, Vantaa, Tampere, Turku, Oulu, Jyväskylä and Kuopio. The data was collected by an online panel administered by CINT Ab during September 16–27, 2019. There were 1,022 respondents. The sample is representative of the 18–75-year-old population of the participating cities in terms of respondents’ age, gender and the size of each city.

The results of the barometer and themes related to urban development were discussed at the Sustainable Urban Environments seminar organised by YIT for the seventh time on November 12, 2019, with approximately 200 decision-makers representing municipalities and the property sector registered for the event. This year’s topics included the circular economy, urbanisation, co-living and job change. The theme of the seminar was “What are sustainable cities made of?”

YIT is the largest Finnish and significant North European construction company. We develop and build apartments and living services, business premises and entire areas. We are also specialised in demanding infrastructure construction and paving. Together with our customers, our nearly 10,000 professionals are creating more functional, attractive and sustainable cities and environments. We work in 11 countries: Finland, Russia, Scandinavia, Baltic Countries, the Czech Republic, Slovakia and Poland. The new YIT was born when over 100-year-old YIT Corporation and Lemminkäinen Corporation merged on February 1, 2018. Our restated pro forma revenue for 2018 was approximately EUR 3.2 billion. YIT Corporation’s share is listed on Nasdaq Helsinki Oy. www.yitgroup.com 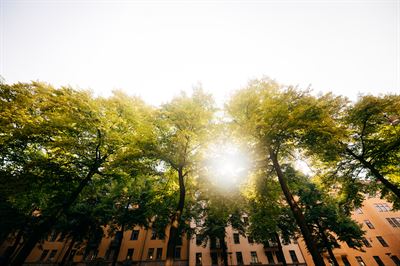