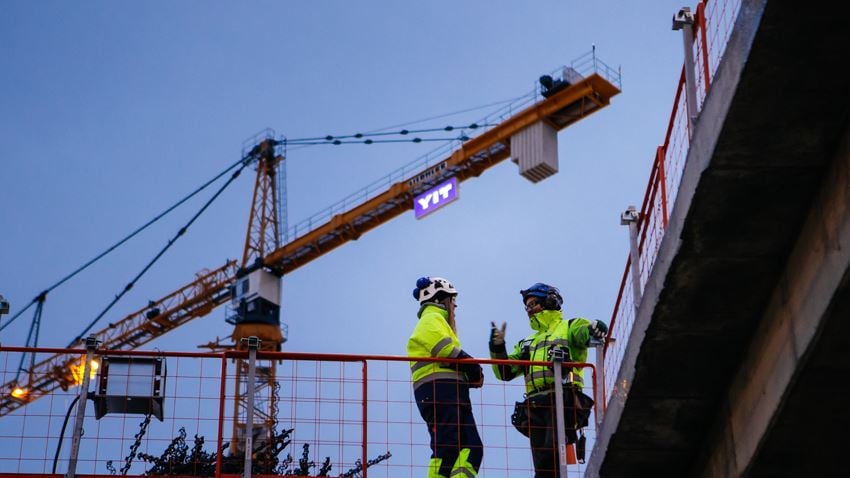 Explore more about our over 100 years old history.


The climate of Northern Europe imposes immense demands on the basic structures of society. The seasonal variations are great – yet people expect their living environments to be as functional and pleasant in the coldest winter as in the sweltering summer. High requirements and demanding conditions have refined YIT into what it is today – the leading service company focused on building, developing and maintaining technical living environments.

YIT’s story begins in 1912, at the Helsinki branch office established by the Swedish company Ab Allmänna Ingeniörsbyrån in the then Grand Duchy of Finland. The company’s goal was to enter the Russian market through Finland. The efforts were curbed by World War I and Finland’s independence, and the company withdrew from the Finnish market.

In its current form, YIT is composed of an entity with three predecessors: Yleinen Insinööritoimisto Oy, Pellonraivaus Oy – which was established during World War II and changed its name to Perusyhtymä Oy in 1968 – and Insinööritoimisto Vesto Oy. In 1961, Pellonraivaus acquired the majority of shares in YIT and Vesto, thereby becoming the parent company of both companies, which nonetheless remained independent entities. The companies competed with each other in different sectors of the construction industry.

YIT-Yhtymä went public in 1995, by listing on the Helsinki Stock Exchange. The company also expanded its operations from construction to building system services by acquiring the Finnish company Oy Huber Ab. Huber also provided YIT with a foothold in the Swedish market.

The year 1997 saw YIT’s expansion into Russia, when the company acquired the St. Petersburg-based construction company ZAO Lentek. Instead of construction projects, the acquisition allowed YIT to concentrate on housing development and plot acquisitions in Russia.

In the 2000s, YIT has grown into an international corporation due to corporate acquisitions in the fields of both building system services and housing construction. The decade was marked by YIT’s acquisition of Calor Ab in Sweden, ABB’s Building Systems business segment in eight countries and the building system services segment of the German company MCE AG in six countries.

As for the current decade, YIT’s most important business segments were construction and building system services. Regarding the latter, YIT’s goal was to become a major service provider in the Nordic countries and Central Europe.

In the beginning of 2018, YIT and Lemminkäinen merged to create the new YIT.

2021 YIT becomes a service operator for business premises with YIT Workery+ concept. The business expands as YIT acquired the Finnish operations of UMA Workspace, a business established in 2016 by Technopolis.