YIT Corporation's Board of Directors held its organizational meeting on March 18, 2015. In the meeting the Board decided on the composition of the Personnel Committee and the Audit Committee.

From among its number, the Board elected Reino Hanhinen as chairman and Kim Gran and Erkki Järvinen as members of the Personnel Committee. The task of the Personnel Committee is to assist the Board of Directors in issues related to the nomination and remuneration of key personnel within YIT Group. Among other things, the Personnel Committee participates in the development of the Group’s corporate culture and HR policy and the preparation of the remuneration and incentive schemes, the rules for performance-based bonuses and the proposals for performance-based bonuses paid to the management. The Committee’s tasks furthermore include the identification of talent, the development of key personnel and management’s succession planning.

From among its number, the Board elected Teuvo Salminen as chairman and Satu Huber and Juhani Pitkäkoski as members of the Audit Committee. The Audit Committee assists the Board of Directors in the supervision of the Group’s accounting and reporting processes. It is tasked with, for instance, overseeing the company’s financial reporting process, the effectiveness of internal control, internal auditing and risk management systems, and with evaluating the audit. The Committee participates in the preparation of the Group’s financing policy, financing plan and financing arrangements. Among other things, the Committee reviews the company’s financial statements and interim reports, and monitors auditing. It evaluates compliance with laws and regulations and follows the Group’s financial position.

YIT is a construction industry leader. We create better living environments in Finland, Russia, the Baltic countries, the Czech Republic and Slovakia. Over 100 years of experience have secured us a strong market position: we are the largest housing developer and one of the largest business premises and infrastructure developers in Finland, and the most significant foreign housing and area developer in Russia. Our vision is to stay one step ahead – while taking care of our customers, partners and personnel. We have nearly 6,000 employees in seven countries. In 2014, our revenue amounted to around EUR 1.8 billion. Our share is listed on NASDAQ OMX Helsinki. www.yitgroup.com 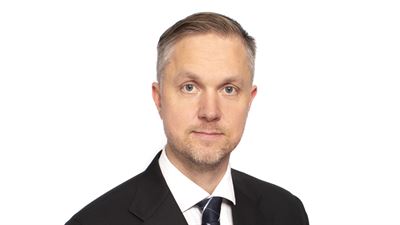