The bright future of suburbs 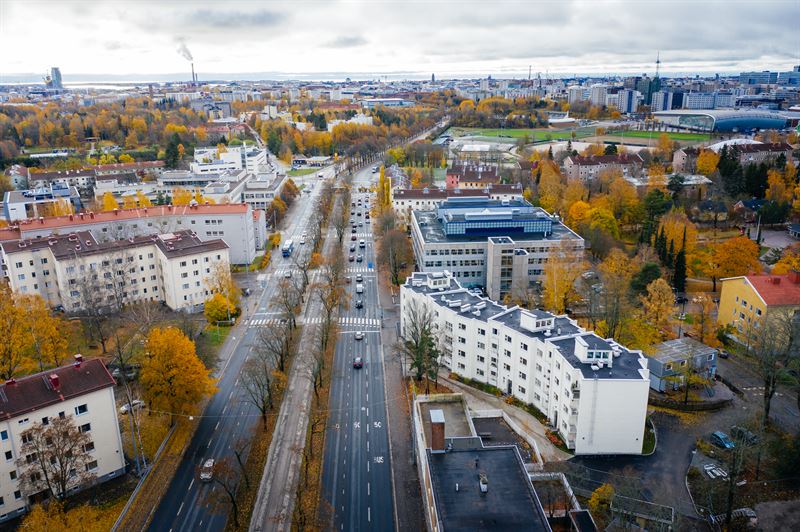 The word “suburb” may evoke strong preconceptions in people. Studies have shown that the preconceptions of suburbs are bleaker among those who don’t actually live in them. Perhaps it has not caught their attention that many traditional suburbs are now the subject of active development.

The term suburb is rarely used in adverts for apartments because of the negative connotations it carries. Nevertheless, suburbs are part of everyday reality for many people. It is estimated that some 1.5 million Finns live in suburban areas.

The term suburb is commonly used for the residential areas built during the years of rapid urbanisation in the 1960s and 1970s. Located away from the city centre, they were originally aimed at families of workers moving in from rural areas. Many of the suburbs that emerged back then are now ripe for renovation.

Some of the old suburbs have led a quiet life for the past few decades. Their buildings have become dilapidated, the population has aged and the number of residents has declined, perhaps contributing to a reduced availability of local services. Nevertheless, this doesn’t mean that all suburbs are facing such problems. In fact, some suburbs are the subject of active development.

In Tampere, one good example of the development of suburbs is Tesoma, which was once referred to by a local newspaper as the city’s “most suburban suburb”. Home to nearly 20,000 people and dominated by apartment buildings, Tesoma is a residential suburb whose reputation was, for a long time, typical of an area built in the 1970s. Tesoma had not been the subject of much development over the decades, and there was growing social inequality among its residents.

This changed in 2014. The decision was made to turn Tesoma into a vibrant and attractive district that attracts people to live there and use the local services. This marked the beginning of My Tesoma, a development project based on partnership and cooperation between various parties. The City of Tampere’s partners in the project have included third sector organisations, companies, industry representatives, universities, research institutes, housing companies, communities and — most important of all — local residents.

“The resurgence of Tesoma is a great example of the power of cooperation. The city has implemented development and construction projects in the area, with the common thread being that they are all user-driven. Local residents, service users and other stakeholders are working together to find sustainable solutions to the challenges facing Tesoma. These measures have boosted the area’s vitality and social cohesion,” says Juha Kostiainen, Executive Vice President, Urban Development at YIT.

More examples of successes can be found in many other cities. For example, in Oulu, Kaukovainio has long had a reputation of being a rough suburb. The city started to increase Kaukovainio’s appeal by implementing a modern local detailed plan that retains the area’s traditional strengths, such as green spaces and the wooded local environment. At the same time, the city placed rental apartments amongst the suburb’s non-subsidised housing. When the new buildings being constructed on the site of an old shopping centre are completed, the area’s population will exceed 5,000.

“The resurgence of many suburbs is largely based on infill development. New apartments bring new residents, services and public transport connections. Moreover, the construction of new buildings increases the value of the existing building stock. This is why suburbs should not be left to fall into decay. Instead, they should be targeted by private as well as public investment. Selling building rights created by zoning decisions provides housing companies with revenue that they can allocate to renovating the existing buildings, for example. The city, in turn, earns land use compensation, which it can spend on developing the local infrastructure and services,” Kostiainen explains.

Preconceptions of suburbs are slower to change than the reality

Suburban life and people’s image of it has also been the subject of recent academic research. Sociologist Lotta Junnilainen observed life in two Finnish suburbs for five years for her doctoral dissertation The suburban village: a study of communality and inequality. Her results suggest that the problem with Finnish suburbs is mainly the way outsiders perceive the suburbs and the people who live in them.

Junnilainen found that one thing suburbs have in common is the way their residents perceive them. They characterise their suburbs as familiar, safe and communal. Outsiders do not see them in the same way as their knowledge of the suburbs is largely coloured by media coverage of problems. Efforts to improve rental housing suburbs and make their residents more active are often made in the absence of a genuine understanding of the residents’ daily life.

“Life in the suburbs has changed, but the old image persists. It doesn’t matter whether they have any basis in reality,” Junnilainen said in an interview with Helsingin Sanomat. “The development of districts and suburbs would be enhanced by a better capacity to empathise with the people being talked about.”

Juha Kostiainen agrees. He understands the “paradox of communality” observed by Junnilainen in her research.

“For decades now, outsiders have held the opinion that suburbs suffer from a lack of communality. According to Junnilainen, this talk about communality is underpinned by middle-class ideals of communal life. However, an outsider is unlikely to recognise the communality and culture of helping each other that emerges in the daily life of suburbs, without being forced into being,” Kostiainen points out.

The research shows that there are many people living in suburbs who don’t even want to move anywhere else. Kostiainen’s opinion is that the real problems of suburbs mostly involve issues other than communality or the lack of it. For example, they can include unemployment, a low level of education or income, deteriorating services, dilapidated buildings or inadequate public transport connections.

“For a single parent to have the ability to accept shift work elsewhere, there needs to be effective public transport connections along with local day-care services that offer flexible hours. These are not issues of communality.”

When an old suburb won an architecture award

It often takes decades to change outdated views, but it does happen. Helsinki’s Käpylä district is a living example of this. The area was originally built as a suburb for workers, but few people would think of it as such today. In 2019, Käpylä even had the honour of winning the Finlandia Prize for Architecture, when the Serpentine House renovation project was recognised with the award.

Today, Käpylä is trendier than it was originally, and it is perceived as being closer to the city centre. In spite of the changes in perceptions, Serpentine House, for example, still has 189 rental apartments owned by the city. The guiding principle behind their original construction and subsequent renovation was the development of high-quality rental housing.

Renovators may be looking at increasingly large projects in the near future. A large number of suburbs were built in the 1960s and 1970s, and many of them are now in need of renewal. Perhaps one of them will win another architecture award in the decades to come. 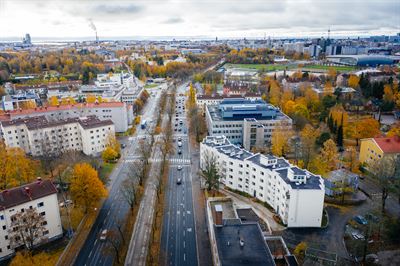 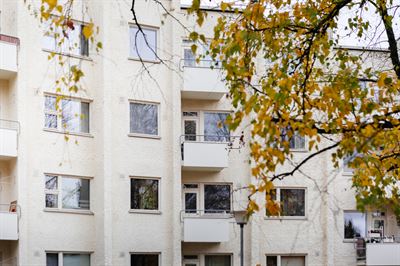 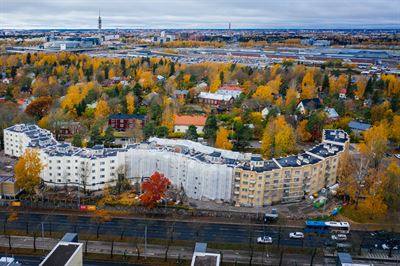 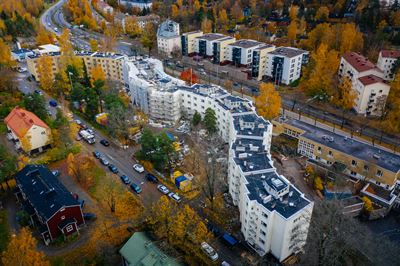