Finns used to want a sauna, now they want a balcony - changes in Finnish housing

Housing in Finland has undergone considerable changes over the past century. Urbanisation was slow in the early 20th century, but picked up after World War II. Several individual factors contributed to the changes experienced in housing.

“The biggest changes have come from building technology, such as flush toilets, sewers and electrical grids,” explains Kirsi Saarikangas, Professor of Art History at the University of Helsinki.

From rural to urban environments

Urbanisation has had a major impact on housing in the past one hundred years. Urbanisation took hold in Finland rather late, but when it did, it progressed in leaps and bounds. Right after World War II, 70 per cent of the country’s population lived in the country, but by 1980, city dwellers had taken over and accounted for the same 70 per cent. Urban construction started in earnest in the 1950s, boosted by the 1949 Act on State-Subsidized Housing Loans (Arava Loans).

“Arava legislation laid down provisions on the size and furnishings of apartments, including standardised kitchen fittings, which became staples in homes,” Saarikangas describes.

Attention turned back to city centres in the 1980s, when industry vacated central premises and former port and warehouse districts became available for residential purposes. Cities have been undergoing rapid transformation ever since.

Domestic appliances, which became more common in the 20th century, gradually changed people’s consumption habits and use of time.

“The invention of refrigerators, for example, brought about a permanent change in consumption patterns, since food now kept longer. This affected the assortment of goods available at stores as well as food distribution,” Saarikangas explains.

Everyday life changed dramatically in the 1900s with the breakthrough of household appliances.

“Laundry used to be the most time-consuming chore at home. First pulsator washing machines and then automatic washing machines freed up time for other things,” says Saarikangas. Domestic appliances became so widespread in households from the 1950s onward, and especially in the 1960s, that some of the statistics on their commonness were discontinued in the 1970s.

Housing was deeply influenced by changes in construction technology, along with increasing equality and new housing ideals that emphasised functional space and activities, including sunlight, fresh air and the nuclear family.

In the early 1900s, the standard of living varied widely depending on your social class. Windows were built large to admit as much sunlight as possible into the homes, and houses began to feature balconies in the 1930s. The introduction of flush toilets and baths had a major impact on homes.  Lapinlahti hospital and the Bank of Finland were among the first equipped with flush toilets. They became more common in apartment buildings from the early 1900s onward. According to Saarikangas, other major contributors to change included lighting as well as the gas and electrical power network, which led to the introduction of gas and electric stoves. Lifts, in turn, enabled the construction of higher buildings.

The impact of sustainable development and a sense of community

According to Saarikangas, no radical changes have taken place in modern living.

“There is more fine-tuning now, and instead of individuality, which was emphasised until the 2000s, people now seek a sense of community,” she describes.

“Residents are increasingly involved in the design and running of new buildings,” says Saarikangas.

This sense of community can be seen in common laundry facilities, saunas, club rooms and the like. What is more, apartments are not necessarily designed around the traditional setup of a kitchen, living room and bedroom.

Space is also typical of modern living. According to Statistics Finland, living space has increased steadily. The surface area per person has risen from 31.4 square metres in the early 1990s to 40.1 square metres at present (2015 http://www.stat.fi/til/asu_en.html).

The construction of balconies began in Finland in the 1930s, and the suburban construction boom made them increasingly common from the 1950s onward.  Since the 1980s, balconies have been growing. In Sweden, old apartment buildings are increasingly being equipped with balconies on the inner courtyard side. This trend has not yet reached Finland. In the past, balconies were used primarily for airing, but they have found many new purposes in recent decades.

“These days, people want to spend time, enjoy meals and grow edible plants on their balconies,” Saarikangas explains. Balconies offer a link to nature in the city centre.

“Saunas became more common in terraced houses in the 1960s and 1970s, and then in apartment buildings in the 1990s. Nearly every new apartment featured a sauna, and it was near impossible to find an apartment without one. Saunas were even added to old apartments that did not have adequate ventilation and suitable construction materials for hot and humid facilities. Today, future residents are increasingly involved in the designing of apartments. Instead of a private sauna, apartment building residents often prefer common sauna facilities or a roof terrace—or both. These are also more ecological options,” Saarikangas explains.

Kirsi Saarikangas, Professor of Art History at the University of Helsinki, was interviewed for this article. Her research has focused, among other things, on suburbs and modern architecture, urban nature and relationships between residents, the constructed environment and the natural environment.

1920 The emergence of garden districts

1980 Conservatories and the NMT mobile phone network; boom years - > increase in the price of apartments

YIT’s history in Finland goes back to 1912, when the Swedish Ab Allmänna Ingeniörsbyrån established a branch office in Helsinki. The first decade in the new market was somewhat difficult, but in 1920 Finnish entrepreneurs took over and continued business operations under the name Ab Allmänna Ingeniörsbyrån – Yleinen Insinööritoimisto Oy. The new name, new owners and new decade helped put the company on a growth track and shifted its focus to the construction of waterworks.

Construction exports to the Soviet Union began in the 1970s. In Finland, the company began constructing residential buildings in the 1980s.

In the 2000s, YIT grew because of several business acquisitions. In 2013, YIT demerged into two listed companies: Caverion, which focuses on building and industrial services, and YIT, which offers construction services.

Increase in the number of household-dwelling units

Decrease in the average size of household-dwelling units 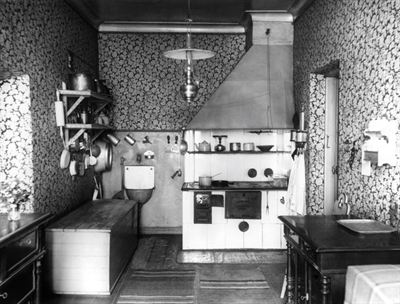 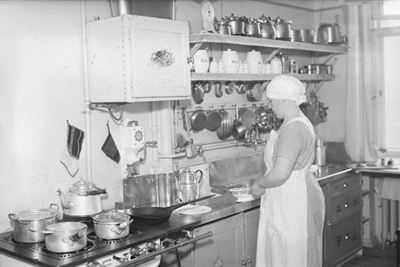 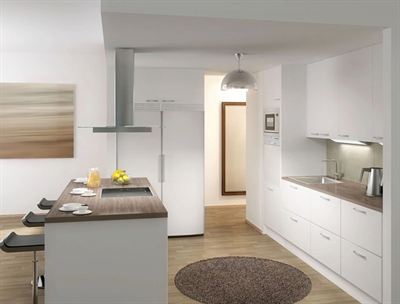 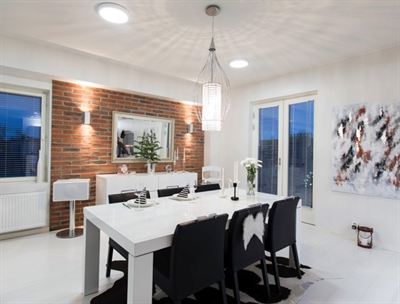