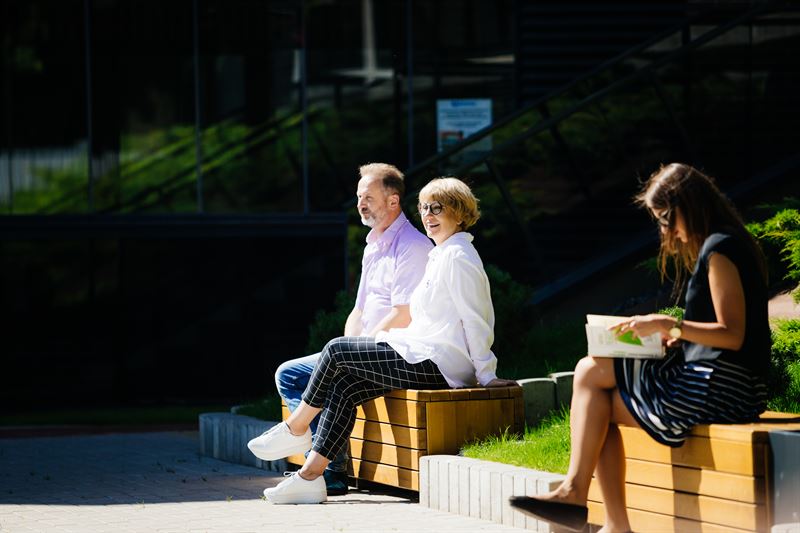 The yard concept developed to celebrate the 100th anniversary of Finland by YIT in cooperation with urban inhabitants and other stakeholders consists of quiet, social and active areas. The first sites to implement the concept are Pasila in Helsinki, Aviapolis in Vantaa, Mölymäki in Kuopio and Aroma Park in Warsaw.

What kind of yard would function as an extension of a home throughout the year? To celebrate the 100th anniversary of Finland, YIT wanted to develop design solutions for more pleasant yards together with urban inhabitants. Dozens of workshops and discussions in social media helped illustrate the vision Finnish people have regarding their yards.

The cooperation resulted in the More Life in Yards concept that incorporates global megatrends such as communality and the need to own to customise and use urban spaces for the purposes of self-expression. As cities are built more and more densely, the sizes of apartments are decreasing and the need for practical yards is increasing. Ageing increases the importance of the local environment. Changes in how we work and consume also create a need for flexible and multi-purpose spaces.

“Yards are becoming increasingly valuable. Enjoyable yard areas allow neighbours to become more social and develop an atmosphere of interaction and trust, which, in turn, will increase their well-being,” says Kristina Broman, Brand Manager at YIT.

The concept divides yards into quiet, social and active areas. In addition to meeting the needs of residents, yards must also be able to adjust according to seasonal weather conditions.

“Some people require their own space, while others may be looking for social interaction. We wanted to develop a yard that makes possible convenient daily life and promotes the well-being of residents,” says Broman.

Residents are able to choose how the yard should be finalised. Above all, the concept is a tool for engineering that can be used in both large parks and small courtyards of housing companies.

Modern and classic residential areas meet in the Sähköttäjänpuisto park

The first site project applying the More Life in Yards concept was completed in Sähköttäjänpuisto park in Pasila, Helsinki, last summer. The once-neglected park was renovated by YIT as a gift to the 100-year-old Finland.

The renewed Sähköttäjänpuisto park includes a children’s playground with its digital learning environments, an area for exercising and a dog park.

“The new appearance of the area is delightful. The playground, in particular, has been a tremendous success, and its interactive games have attracted people from outside Pasila, too. The renewal project of Sähköttäjänpuisto park allowed us to make decisions regarding the final result and create a park environment suitable for the residents of Pasila,” says Heta Välimäki, chairperson of the regional Pasila-Seura.

The yard concept has also attracted interest from abroad. It has already landed in Slovakia and Poland, countries to which YIT extended its operations in 2015. The Aroma Park residential area is currently under construction near Warsaw. The project includes the renovation of an early 20th century yeast production plant and the construction of new residential buildings.

The concept has already been implemented in Vantaa and Kuopio

The versatile yard concept is ideal for designing courtyards, for instance.

YIT builds a new, enjoyable and ecologically sustainable modern district in Aviapolis, Vantaa. In Aviapolis, all three areas will be included in the same yard. They are not separated from each other by physical structures, but, according to Heikki K. Hannukkala, Vice President in charge of the eastern Helsinki metropolitan area, it is a matter of changing the atmosphere that increases the versatility of the yard.

“The concept increases communality within the neighbourhood, which naturally includes certain aspects of the sharing economy. For example, residents have access to shared tools located in the storage,” says Hannukkala.

In Mölymäki, Kuopio, the block’s quiet, social and active areas are all assigned to separate yards. According to architect Saara Repo, this makes it possible to pass through the yards in a traditional manner.

“In addition to traditional leisure areas and playgrounds, the block includes a quiet area with its swing chairs, a social area that includes, for example, a summer kitchen and areas for cultivation as well as an active area with a workshop for maintaining bikes and skis,” Repo says.

Sähköttäjänpuisto park is a concrete example of YIT’s good deeds on behalf of Finnish society. The scheme was launched in 2012 when YIT celebrated its 100th anniversary. Good deeds are part of YIT’s corporate responsibility operations, which include, for example, the planting of one thousand spruce saplings.

“It was only natural to carry out a large-scale good deed to celebrate the centenary of Finland’s independence. Involving people in this, the yard concept it helped develop and testing the concept in Sähköttäjänpuisto park was the correct solution. I hope that the concept will both inspire new construction projects as well as help revitalise old yards,” says Broman.

The More Life in Yards concept 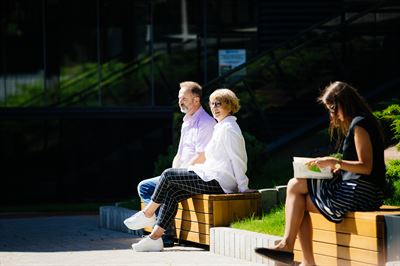 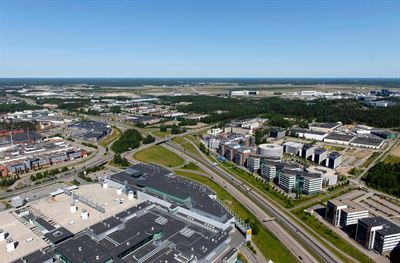 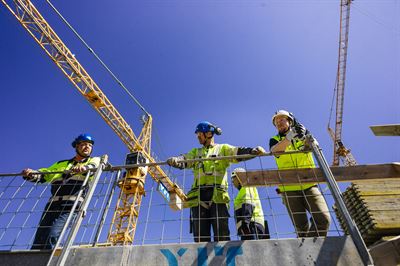 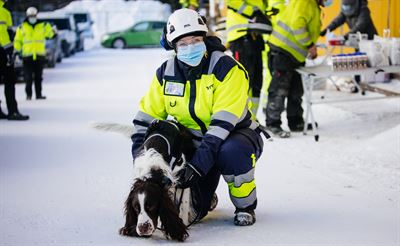 What good did corona do for the construction industry? 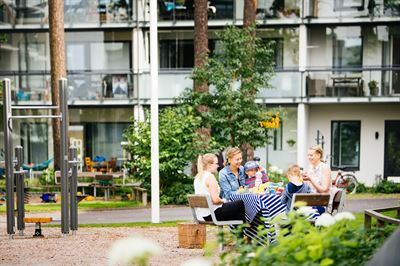 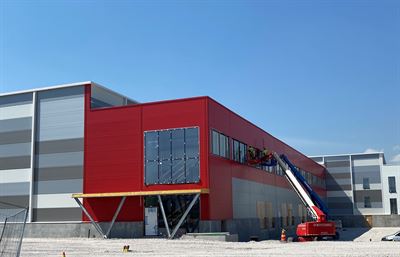