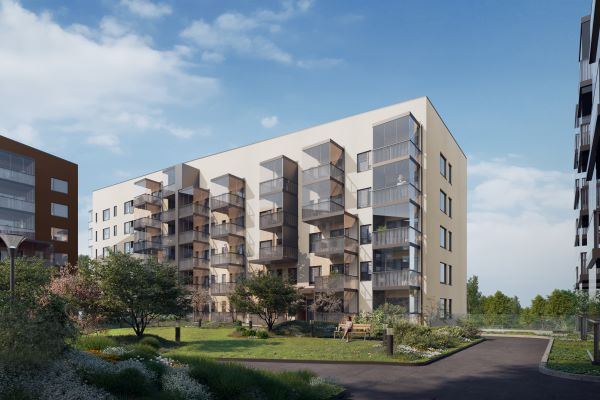 YIT started several residential apartment building projects in Finland and the CEE in April–June. The largest of the newly started projects are Helsingin Birger, Espoon Haltijatonttu, Helsingin Kivi and Espoon Tanka in Finland and Aroma Park in Warsaw, Poland. The total value of these largest projects is over EUR 97 million. The start-ups of the apartments are entered in the order book of the second quarter of the year.

Helsingin Birger is the first residential building in the Arte block located along Hämeentie in Arabianranta. The value of the project is over EUR 30 million, with nearly 80 apartments to be completed in the spring 2022.

Espoon Haltijatonttu is being built in the Niittykumpu district’s new Tontunpiha block, right next to a metro station. The value of the project is nearly EUR 20 million, with more than 70 apartments to be completed in late 2021.

Helsingin Kivi is under construction in the new Kirjailijakortteli block on Töölöntullinkatu in Meilahti. The value of the property is nearly EUR 18 million. A total of 30 apartments will be completed in the housing company in late 2021.

Espoon Tanka is located in the Vermonniitty residential neighbourhood, close to services and public transport connections. The value of the project is approximately EUR 17 million. Nearly 70 apartments will be completed in the housing company in the autumn 2021.

In Warsaw, Poland, YIT began construction on the third phase of Aroma Park. The value of the project is over EUR 12 million, with 90 apartments to be completed in the spring 2022. A total of four projects are planned for Aroma Park, which is located in Northern Warsaw.

YIT is the largest Finnish and significant North European construction company. We develop and build apartments and living services, business premises and entire areas. We are also specialised in demanding infrastructure construction. Together with our customers, our nearly 8,000 professionals are creating more functional, attractive and sustainable cities and environments. We operate in 10 countries: Finland, Russia, Sweden, Norway, the Baltic countries, the Czech Republic, Slovakia and Poland. Our revenue in 2019 was approximately EUR 3.4 billion. YIT Corporation’s share is listed on Nasdaq Helsinki Oy. www.yitgroup.com 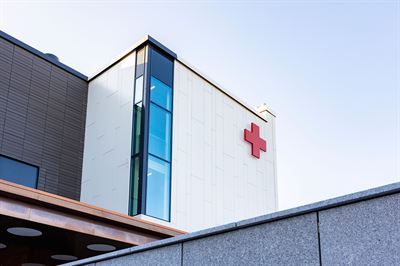 YIT, Ålandsbanken and Varma to increase the investing capacity of the 2018 plot fund