YIT has sold a housing project in Bratislava, Slovakia to YCE Housing I fund. The project is the second phase of YIT’s biggest area project in Bratislava called Nuppu and it is located in Ruzinov district within walking distance from the city’s business district and just 10 minutes from the city centre. The value of the phase is approximately EUR 14 million and the sale of the apartments is recorded in the first quarter. The project to be completed in autumn 2018 will comprise almost 110 apartments. The value of the whole area project is over EUR 100 million and it will consist of approximately 1,000 apartments that will be constructed in 10 phases.

Nuppu II is the third project to be sold to YCE Housing I fund by YIT. YIT sold two first projects in December, one in Prague, Czech Republic and one in Tallinn, Estonia. The value of those deals for YIT was approximately EUR 20 million. The project in Prague is the third phase of Suomi Hloubetin area project and it will comprise over 100 apartments. The phase will be completed in spring 2018. In total, YIT will build over 800 apartments in the area. The project in Tallinn is the last phase of Kalamaja area project near the sea coast at Vibu street with approximately 50 apartments. The phase will be completed in the end of 2017. In total, YIT has built already approximately 300 apartments in the area.

YIT established YCE Housing I fund together with a group of Finnish investors in December 2016. The fund invests in housing development projects in the Czech Republic, Slovakia, Poland, Estonia, Latvia and Lithuania. The investors in the fund are YIT (40%), Etera (30%) and a group of Finnish private investment companies. The fund’s equity is approximately EUR 37 million and it is managed by Vicus Capital Advisors Limited, a company with long experience of real estate investment and development activities in Eastern Europe and Russia.

YCE Housing I fund supports YIT’s growth strategy in the CEE countries. By selling part of its project pipeline to YCE Housing I fund, YIT can release capital from projects under execution for new earlier-stage developments. During the next years, the fund is expected to carry out over ten projects and approximately thousand apartments to be sold primarily to private buyers by YIT acting as an agent. YIT recognises profit generated by the fund according to its ownership share.

YIT creates better living environment by developing and constructing housing, business premises, infrastructure and entire areas. Our vision is to bring more life in sustainable cities. We want to focus on caring for customer, visionary urban development, passionate execution and inspiring leadership. Our growth engine is urban development involving partners. Our operating area covers Finland, Russia, the Baltic countries, the Czech Republic, Slovakia and Poland. In 2015, our revenue amounted to nearly EUR 1.7 billion, and we employ about 5,300 employees. Our share is listed on Nasdaq Helsinki. www.yitgroup.com

YIT has signed a contract for Sockenplan, a part of the metro extension in Stockholm, Sweden 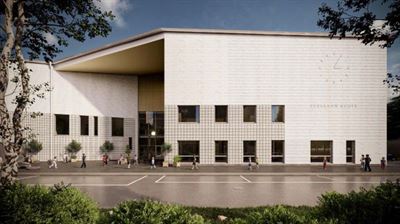 Kumppanuuskoulut Oy, owned by YIT and Meridiam, has signed a service agreement on implementing five schools and three daycare centres in Espoo, Finland 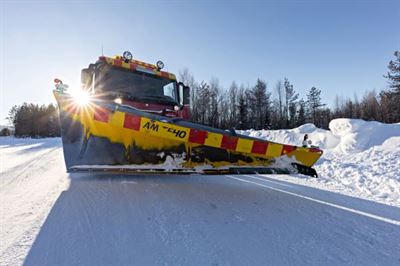 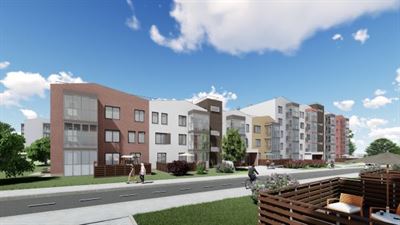