On 25 August 2021, Helsinki City Council approved the construction phase of the Crown Bridges tramway between Hakaniemi and Laajasalo and the new cost estimate.

In phase 1, a tramway connection will be built from Laajasalo to Hakaniemi. The revised cost estimate for connection is around EUR 326 million, with YIT’s share amounting to some EUR 123 million. The contracts are entered in YIT’s order book for the fourth quarter of 2021.

The first phase of the project will be carried out as a combination of two contracting models:

The Crown Bridges alliance will build the tramway connection between Laajasalo and Hakaniemi and the Merihaansilta bridge.  The aim is to start construction of the tramway line this autumn. In addition to the City of Helsinki and Helsinki City Transport, the alliance includes NRC Group Finland Oy and YIT Finland Ltd, Ramboll Finland Oy, Sitowise Oyj and Sweco Infra & Rail Oy.

The all-in contract will include two bridges between Kalasatama and Kruunuvuorenranta (Finke Bridge and Kruunuvuori Bridge) as well as construction in the land areas in Korkeasaari. The contract was won in May 2021 by the Crown Bridges Consortium formed by Kreate Oy and YIT Finland Ltd. The construction of the bridge contract is planned to start in autumn 2021.

The planning and preparation of phase 2, i.e. the implementation of a tramway between Hakaniemi and Helsinki Central Railway Station, continues. The constructor and costs of the second phase will be decided later.

YIT is Finland's largest construction company and a significant player in the Northern European construction market. Our goal is to create more sustainable, functional and attractive cities and living environments. We develop and build apartments, business premises and entire areas. We also specialise in demanding infrastructure construction. We own properties together with our partners, which supports the implementation of our significant development projects. We also provide our customers with services that increase the value of properties. We employ approximately 7,400 professionals in ten countries: Finland, Russia, Sweden, Norway, Estonia, Latvia, Lithuania, the Czech Republic, Slovakia and Poland. Our revenue in 2020 was approximately EUR 3.1 billion. YIT Corporation’s share is listed on Nasdaq Helsinki Oy. www.yitgroup.com 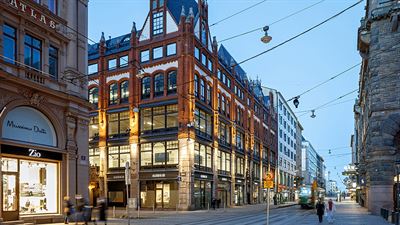 YIT to renovate the property at Aleksanterinkatu 13 in downtown Helsinki 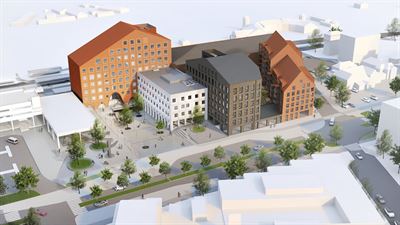 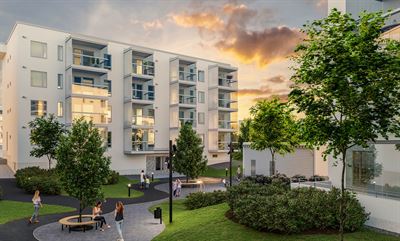