YIT’s Tripla project to be constructed in Helsinki, Finland has taken another major step forward. The financing contracts on the Mall of Tripla were signed, which meant the contracts under which the construction of the Mall of Tripla will be carried out in the form of a joint venture became effective. A consortium consisting of the European Investment Bank (EIB), the Nordic Investment Bank (NIB), Danske Bank and Handelsbanken granted the project 10-year project credits amounting to a total of approximately EUR 300 million, which will finance half of the construction of the Mall of Tripla. EIB’s share of the financing package is EUR 130 million, NIB’s EUR 100 million, and that of Danske Bank and Handelsbanken around EUR 35 million both. The financing package was coordinated by Danske Bank A/S. The overall value of the shopping mall and the parking facility is approximately EUR 600 million, including the cost for design, plot and financing.

In addition to ensuring the debt financing, the other conditions set for the closing of the deals – valid building permits and required decisions from public authorities – were met in June. According to the agreements signed in May 2016, YIT, Etera, Onvest and Fennia became shareholders in the project company that is building the Mall of Tripla. YIT’s share in the joint venture is 38.75%, Etera’s 38.75%, Onvest’s 15% and Fennia’s 7.5%.

Following the closing of the deal, YIT adds approximately EUR 500 million to its order backlog for the contracts concluded with the joint venture and the City of Helsinki, in addition to which YIT has already carried out groundworks related to the project for the joint venture. YIT will recognise revenue and operating profit from the contracts in line with the progress in construction. However, 38.75% of the contract for the shopping centre will be recognised as revenue and operating profit only after YIT sells its share in the joint venture. According to the agreements, YIT has the right to reduce its shareholding to 20% during the construction. YIT may sell the remainder of its shareholding at the earliest three years after the shopping centre is completed. The project is expected to be completed in late 2019.

“We are glad to contribute to ‘the second centre of Helsinki’ as the Tripla project has been dubbed. Urban development and energy efficiency in the pursuit of more sustainable and competitive cities are strategic priority objectives of the EIB, also in connection to our commitment of at least 25% of all our lending going towards climate action. The fact that Tripla will be a near-zero energy building fits very well with that. Importantly, the EIB loan in support of the Tripla project is guaranteed under the European Fund for Strategic Investments (EFSI), part of the Juncker-Commission’s Investment Plan for Europe, which allows the EIB to expand its support for energy efficiency projects, amongst other things.” says Vice-President Jan Vapaavuori, responsible for EIB operations in Finland.

“Helsinki is one of the fastest-growing cities in Europe. A large shopping and service centre and improved infrastructure for rail public transport will contribute to reducing the potential climate impact of an expanding urban area”, says Henrik Normann, NIB President & CEO.

“We are proud to have acted as the Coordinator in financing a project that will have a significant positive impact on the economic activity of not just the Helsinki area but, through development of infrastructure, whole Finland. Finland needs forward thinking, innovative initiatives like this, and we are glad that we can in line with our strategy help our customers reach their goals”, says Risto Tornivaara, CEO of Danske Bank Plc.

"Tripla is an important project for the growth of the city of Helsinki. YIT has both the know-how and the resources needed to complete such a grand-scale and challenging project. We are glad to be able to contribute to this project", says Nina Arkilahti, CEO Handelsbanken Finland.

“We are delighted that we were able to secure a competitive financing package for the Tripla project. This project is significant for Finland’s economy, and the fact that major European financing institutions such as EIB and NIB are participating in it is an indication of Tripla’s international appeal. Danske Bank and Handelsbanken played a major role in securing the solution, and we appreciate the collaboration spirit and flexibility of our financiers,” says Kari Kauniskangas, YIT’s President and CEO.

When completed, the Mall of Tripla will be the largest shopping centre in Finland in terms of the number of retail spaces. The leasable floor area is approximately 85,000 square metres for a total of 250 tenants, and there will be parking space for 2,300 cars in the parking facility. There has been substantial interest towards the Mall of Tripla premises, with more than one third of the commercial premises having already been rented out.

In the Mall of Tripla, new solutions for recycling, water treatment and waste processing will be utilised, enabling the constructors to apply for a Platinum-level LEED certification for the shopping centre once it is completed. The environmental aspect has played a major role in the decisions taken by the investors, financiers and the City of Helsinki.

Pasila will become the new heart of Helsinki and an even more important transportation hub that is expected to double its resident and job numbers by 2040. The construction starts with YIT’s Tripla, which will include office space, apartments and a hotel in addition to the shopping mall and the parking facility. The construction project also covers the Pasila station and the adjacent public transport terminal. The City of Helsinki has planned the former railway yard to the north of Tripla for residential blocks, which will have apartments for 3,000 residents. The City of Helsinki is also going to launch a design competition on the high-rise area to the south of Tripla at the end of this year.

YIT creates sustainable cities and better living environment by developing and constructing housing, business premises, infrastructure and entire areas. We focus on providing a first-class customer experience, high quality and continuous development of our diverse expertise. Our operating area covers Finland, Russia, the Baltic countries, the Czech Republic, Slovakia and Poland. In 2015, our revenue amounted to nearly EUR 1.7 billion, and we employ about 5,300 employees. Our share is listed on Nasdaq Helsinki. www.yitgroup.com 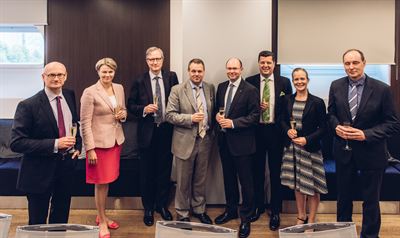 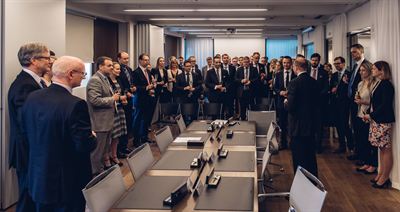 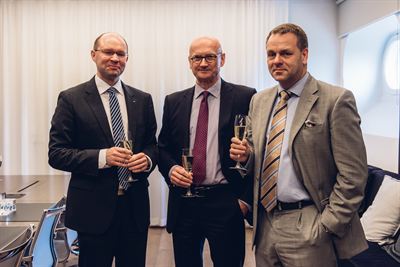 CORRECTION to notification according to Chapter 9, Section 10 of the Securities Markets Act of change in holdings in YIT Corporation shares