The City of Turku has selected the Terävin kärki consortium formed by YIT, Lundén Architecture Oy and Arkkitehdit von Boehm – Renell Oy as the winner and the coming development phase partners of Kupittaan kärki partnership project alliance competition. The alliance competition was arranged by the city of Turku. The partners of the consortium in the alliance are COBE AsP, WSP Finland Oy and AFRY Finland Oy. The cost estimate for the alliance contract for the Taito campus, infrastructure project and master plan is approximately EUR 130 million. The value of the contract will be specified during the development phase. After the development phase, the project aims to enter the implementation phase.

The contract for the development phase will be signed in early 2023, after the award decision has become final. The development phase is estimated to take approximately 1.5 years, during which a new detailed plan for the area will also be prepared. The contract for the implementation phase is expected to be signed in autumn 2024 and the project is expected to be completed in phases during 2026-2027.

The multi-part project includes the preparation of an innovative master plan covering the whole planning area, as a basis for urban planning. In addition, the project includes about 25,000 square metres of educational facilities on the Turku Vocational Institutes’ Taito campus and an infrastructure project consisting of a deck over the Helsinginkatu and railway and parking facilities for about 1 500 vehicles on the Itäharju side.

The aim is to link the two urban areas and create a hub for smart mobility and a new functional centre. They will remove the barrier effect of Helsinginkatu and the railway and make Itäharju a natural part of the Science Park area. The consortium has committed to purchase and carry out 40,000 square metres of building rights of office and retail space. In addition, project will enable the acquisition of 40,000 square metres of residential building rights.

The Kupittaan kärki partnership project forms a part of the Turku Science Park project aimed at the development of an attractive innovations and competence cluster through the synergies, comfortable environment and functional daily infrastructure provided. This is one of the City’s most significant comprehensive urban development project in the coming years, connecting the Kupittaa and Itäharju districts. The Urban Science Park will become Turku's second centre.

"From the point of view of the city's vitality, competitiveness and also our climate goals, the Turku Science Park is the most significant comprehensive urban development entity in Turku in the coming years. The Kupittaan kärki area will be very attractive to both local and international companies and institutions," says the Mayor of Turku Minna Arve.

"It is important that we finally get to implement one of Turku's most significant urban development projects, the goals of the Mayor's programme and the goals of the vision. Now let the actions speak louder than words," Mayor Arve continues.

"Turku has set a goal to be a carbon neutral city by 2029. The Terävin kärki plan creates a framework for a new district that supports an ecological lifestyle and sets the direction for the city's development towards a carbon-neutral future," says Eero Lundén, chief designer of the master plan and founder of Lundén Architecture Company.

"In recent years, we have implemented several projects in the Kupittaa area. With the Kupittaan kärki project, our urban development work continues even more widely. The overall plan will develop the area both functionally and in terms of traffic and it will shape the area into an attractive and functional second heart of Turku," says Juha Kostiainen, EVP, Urban Development at YIT.

YIT is the largest Finnish and a significant North European development and construction company. For 110 years, we have been creating better living environments for our customers: functional homes for sustainable living, future-proof public and commercial buildings and infrastructure for smoother flow of people, businesses and society. We employ 5,500 professionals in nine countries: Finland, Sweden, Norway, Estonia, Latvia, Lithuania, the Czech Republic, Slovakia and Poland. Our revenue in 2021 was EUR 2.7 billion. YIT Corporation’s share is listed on Nasdaq Helsinki Oy. www.yitgroup.com/en/ 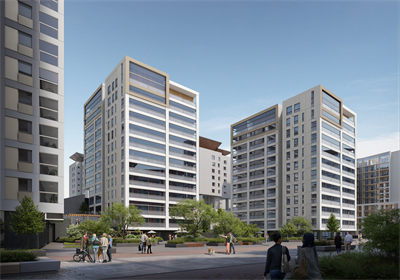 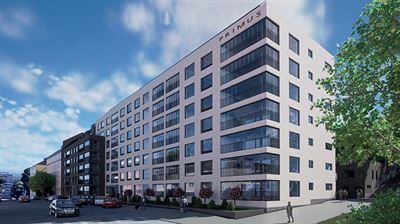